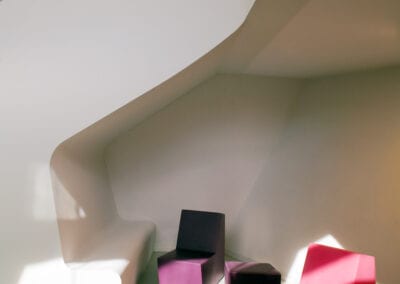 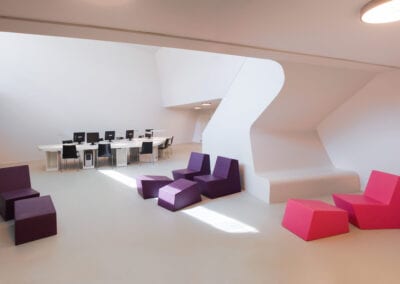 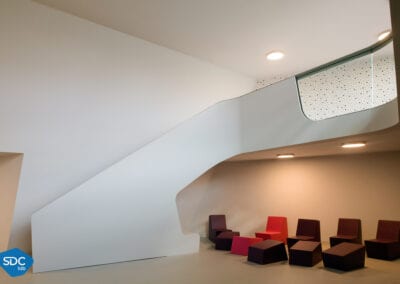 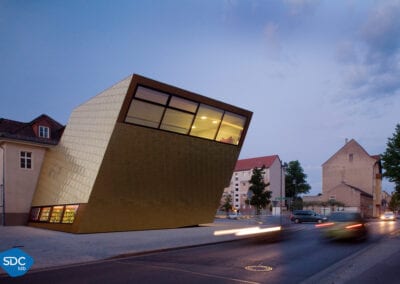 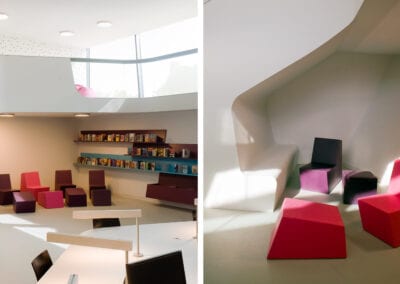 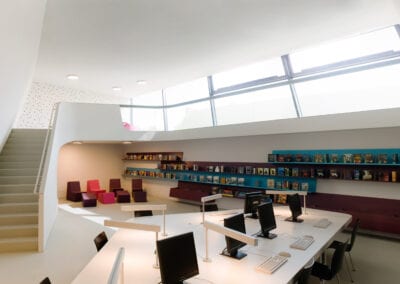 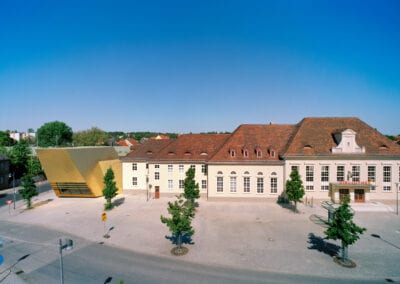 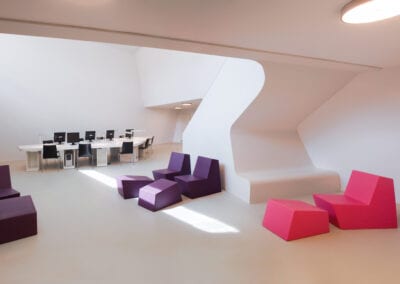 MEDIA WORLDS IN A GOLDEN TOWER

The project involved the conversion of a former railway station into a public library and includes an extension to the existing building that houses the children’s library.

The inclined walls of this annex are clad in shingles made of a copper-aluminium alloy.

As part of extensive renovations and the modernisation of a former railway station in the German town of Luckenwalde in the state of Brandenburg – about 50 km to the south of Berlin –, an annex was incorporated into the existing buildings. The project has set a striking example, not only from a town planning point of view. Behind the glittering TECU® Gold façade are the children’s and youths’ sections of the buildings that are now used as the town library. In view of the problems in the built-up surroundings of the complex, the shape and design of the façade challenges people to consider the potential town development has for change – and, above all, they offer the younger generation an inviting, lively and modern town library. 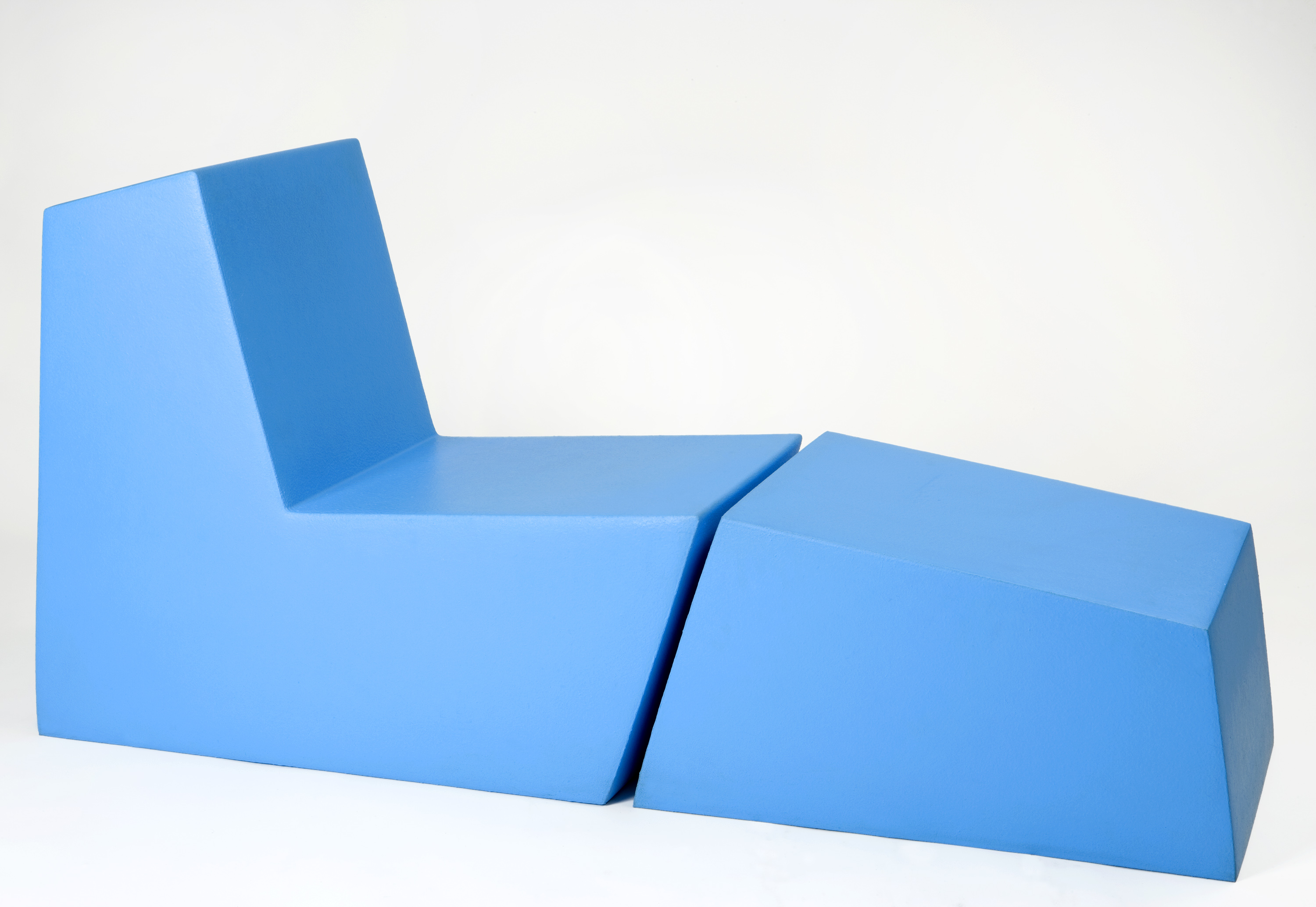 Stripped to the essence, PRIMARY is the first in a line that deserves to be called a Quinze & Milan classic. PRIMARY collection kicked off the use of QM FOAM™,  a proprietary material developed and produced by Quinze & Milan.

Solo is also available upholstered in leather and fabric.

Custom colors or sizes are available upon request.