With 12 different companies operating under the Engine umbrella, the challenge was to create an environment that would appeal to a broad range of tastes while respecting and upholding the individual brand identities. ‘We had to cater for a spectrum of cultures,’ says Jump director Simon Jordan of the £3.5 million project. ‘That ranged from your typical creative young ad agency through to political lobbyists who would be horrified to think that someone might come to work in a pair of trainers. We ultimately came up with a common language that each and every one of those companies could identify with.’
The team worked with the concept of ‘precision engineering’, partly inspired by Engine company chairman Peter Scott, known to be a ‘razor sharp’ businessman with a passion for detail. ‘We really wanted the office to look like it was machined rather than constructed, ’ Jordan explains. This idea is most clearly manifest in a series of perfectly formed elements that run through the building, essentially
forming a backbone that links the ground floor to the fifth. One of the most dramatic is the floating auditorium at entrance level, designed for presentations. ‘As a sculptural element I think this works pretty well,’ says Shaun Fernandes, who led the design team. ‘And of course it’s a talking point for clients.’
Jump Studios is a London-based architecture and design practice. Established in 2001, it has completed several award winning projects for clients including Nike, Innocent Smoothies, Red Bull, Adidas, Wieden + Kennedy and Honda. Jump is currently working on projects for Bloomberg, Langlands and Adidas among others.

For more information on Engine and Jump Studios contact Simon Jordan at:
simon@jump-studios.com 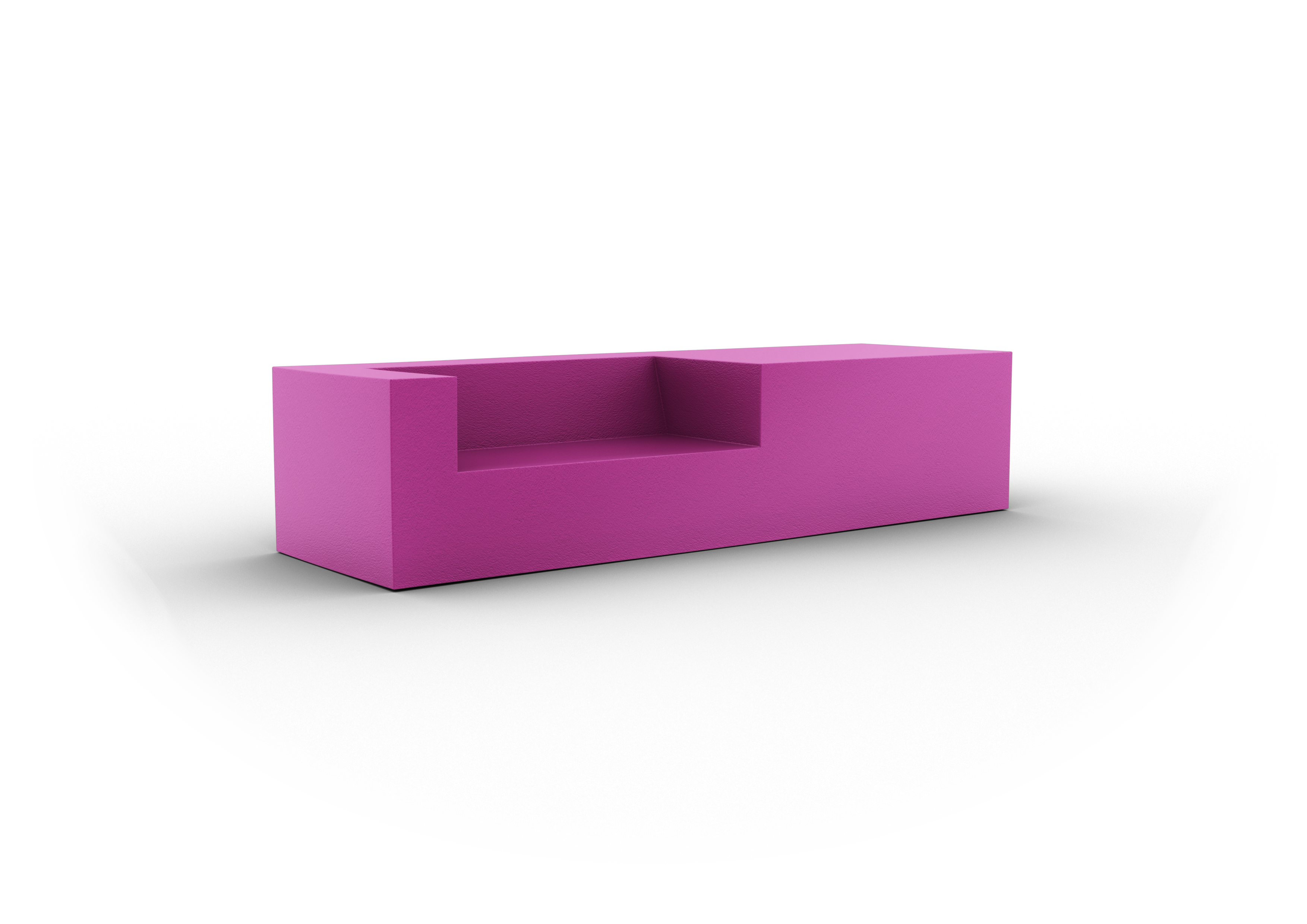 Simple, plain, bold: three words that describe the body language of CLUB, a design that seems to say: ‘if the basics are right, who needs ornament?’ Made from our proprietary QM FOAM™, CLUB is happy indoors and out.

The new lateral units come with a straight back on the inside.
Versions with an inclined inside back are available upon request.